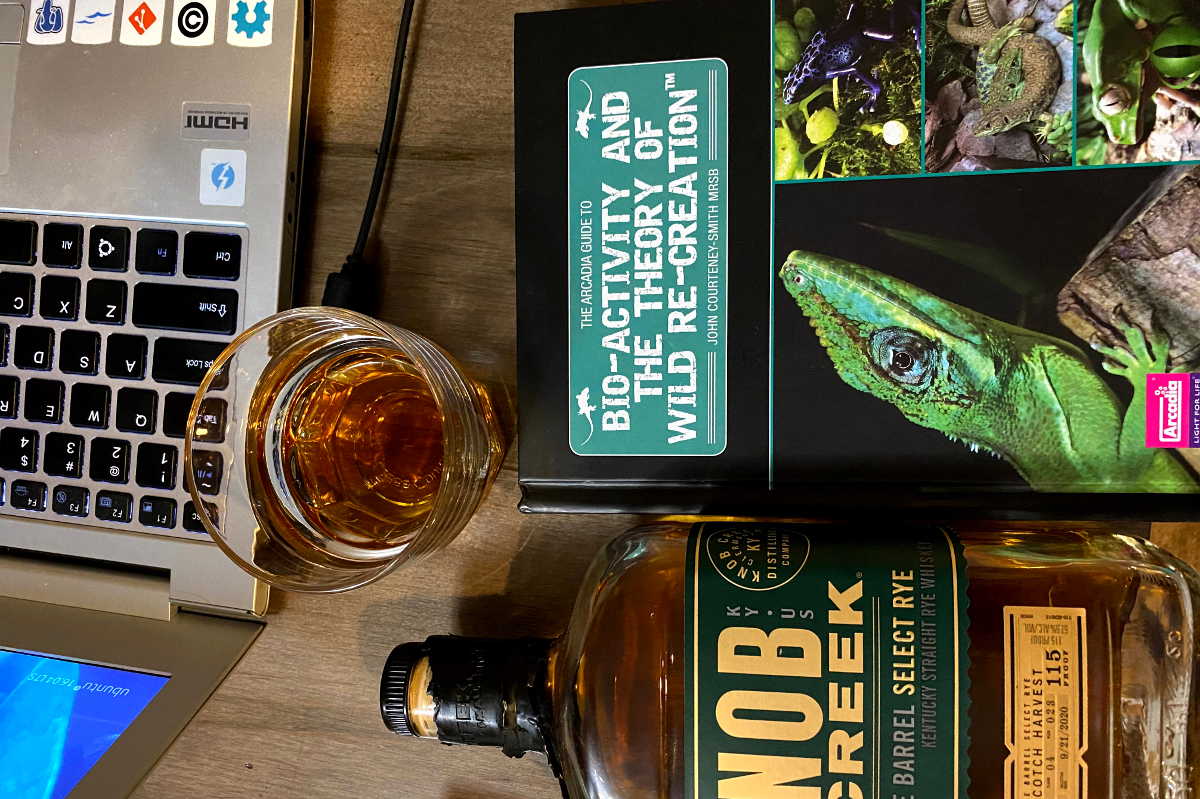 We received 5 females from reputable CB sources that had issues during/after quarantine since 2017. The first 2 were in 2017. They never had great appetites and seemed to have respiratory issues. We brought them to the vet and kept them isolated for 60 days; however, the vet did not see anything wrong with them, and after they seemed to be healthy enough, we tried to breed them. Neither one made it through egg laying, and we could not root cause what happened. The only treatment we had tried was a natural antibiotic and anti-parasitic remedy called Reptaid. Those animals had never had a fecal exam, but I now suspect they had coccidiosis. Many animals that have coccidia infections are asymptomatic and can live long, healthy lives. However, it can cause severe problems in immunocompromised (during egg laying or shipping) and young animals. The main symptoms are diarrhea, regurgitation, anorexia and terrible smelling feces.

We were not familiar with the symptoms at the time, but one of our Jude/Kako hold backs, Sunny, was housed in the same enclosure because it was vacant. We had cleaned it out using Chlorohexidine between animals. She succumbed to similar symptoms and death in 2020 after her third clutch.

The next questionable female we acquired was in 2019. This female was also from a reputable CB source; however, it was clear that there was something wrong almost immediately. She would tip her nose up while basking and had thick mucus in her mouth. Very tell-tale signs of a respiratory infection. We treated her with an equal parts Manuka Honey, bee pollen and water mix for 10 days followed by Reptaid for 10 days. She was housed all summer outside in one of our nicer enclosures, hoping she would improve. She seemed like she was doing much better, but she didn’t make it through the winter and never laid a clutch for us.

Now, some of you are reading this and screaming “WHY WEREN’T YOU DOING FECALS!?!” I finished my rye, and I need a refill. My first daughter was born in 2018 and second in 2020. I was already burning the candle late into the night just trying to keep every animal fed, housed and landing in a good home with an educated hobbyist. I now know that I should have been doing fecals, but I was working under the incorrect assumption that other breeders were isolating their WC animals from their CB animals. I also trusted my vet. However, what I have proved is:

Every animal you acquire, whether it be captive bred (CB) or wild caught (WC), should receive multiple fecal exams. A positive fecal should be managed in consultation with a qualified vet who has experience working with chameleons. Many different species of parasites do not shed at a constant rate, so a negative fecal is not a gaurantee that the animal is clean.

The first positive fecal result was in early 2020. A customer did a fecal on an animal he received from us, and he found Coccidia. Our response was to take 12 animals to the vet for exams and fecals. They all came back with a clean bill of health and negative results. It was prohibitively expensive to do the rest of our animals, so we also bought a bunch of chlorohexidine and bleach to disinfect every cage once a week since then.

Then in early 2021, our Alfred x Kanto clutch did not thrive for the first time since we started breeding in 2015, and I have been through numerous hypotheses. Turns out, unsporulated coccidia cannot be killed by the commonly used disinfectants we started using at the beginning of 2020… You need to use lab-grade Hydrogen Peroxide (22.5%+), 10% Ammonia solution or fire/steam (not ice) to kill them . All of these can hurt you and your animals, so be very careful with them. Wear gloves and remove your animals when cleaning.

That brings us to today. The price tag of regular fecals and vet visits is not feasible in a breeding program of our scale, so we bought lab equipment to do our own fecals. We received 2 perfectly healthy CB females and did fecals on them. Both were positive for Coccidia and one had more than any other sample. Her fecal made the cover picture for the intro post: 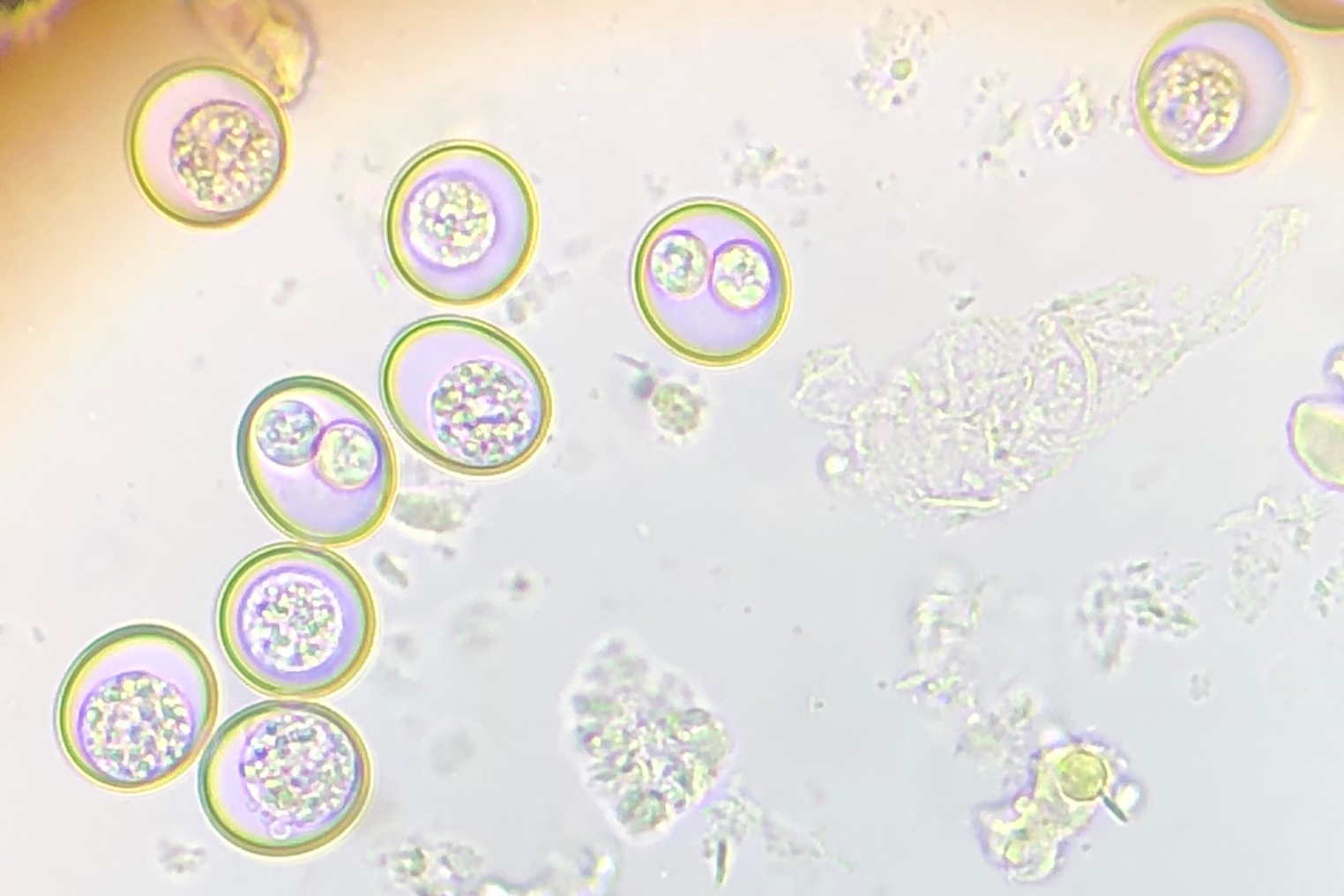 We cancelled all of our shipments and informed customers of the need to get a clean fecal on every animal before we could resume shipments. The third positive fecal was our HB male who has been in 4 different enclosures as he matured. None of those enclosures can be traced directly back to an external female, so the scope of the problem is not known. Our first goal this summer is to run multiple fecals on every animal and eliminate all signs of parasites. That can be through assiduous cleaning and natural antiparasitics like Reptaid, but we will also be consulting with our vet to determine when to use drugs like Ponazuril and Toltrazuril.

If I had done fecals from the beginning, it would have saved $10,000 or more. If you are a breeder just getting started in the hobby, you’re welcome. Spend the time and money upfront to learn. You don’t want to be me, clutching a bottle at 2:04 am, typing out a confessional on parasite management with white hydrogen peroxide burns on your hands. You have been warned.